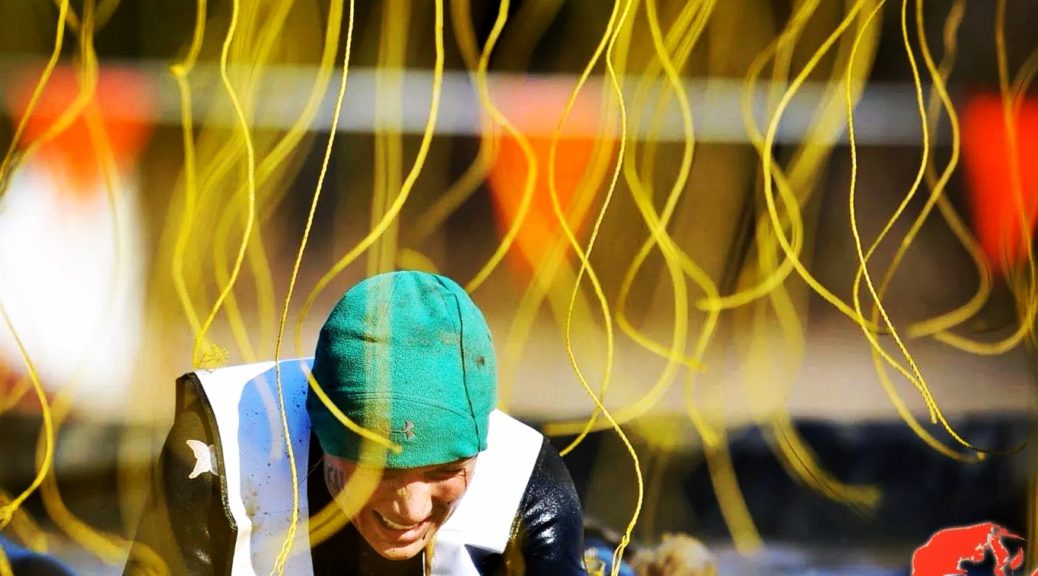 Perhaps a bit harsh, you might think, but it was exactly what I needed to hear (what are best friends for, right?). Because in that simple question, she nailed it. I sat there wondering why I was having such a hard time with the loss of WTM this year, when you would have thought I would have become a pro at learning to deal with sitting on the sidelines by now.

This one stung because I had already written the script in my head: in 2013, I sat out WTM because of injury. And in 2014, I came back to win. So I necessarily thought “ok, Amelia, you sat out in 2016 due to injury, so in 2017, you will triumphantly return like you did previously.” Despite promising myself I wouldn’t do it, I was attempting to recreate the past. I was trying to live up to past versions of myself, of repeating past accomplishments.  Somewhere, I created a story that 2017 should be my year to avenge sitting out 2016, and suddenly I felt like a failure because I couldn’t repeat that script that I had so carefully crafted for myself.

But it’s just that – a script. A story. A construct I’ve created in my head that THIS is how my story should look, and THIS is how life should play out.

So, once again, I’m giving myself permission to write a new story, to rewrite the script in my head. Just because I’ve never sat out WTM for more than one year in a row doesn’t mean I can’t. Just because I swore up and down last year that I’d be back for WTM 2017 doesn’t mean I’m a failure if I’m not. Frankly, holding onto past expectations only serves to blind us from opportunities that may open up elsewhere.

Dealing with injury and setbacks is a natural part of being an athlete, and sure, I’ve had my licks. What’s morphed over these past two years is how I choose to view it. As much as I mourn this loss, I’m also relishing the alternate path that’s opened up as a result. Yes, I can’t compete in obstacle races right now. Fortunately (KNOCK ON WOOD NO JINX), my legs still work. Ever since I went down with the case of the femurs, I’ve made it quite clear that there’s an itch I have to scratch – the glorious, beautiful, ultra running itch, and the many gnarly races that go along with that (cough, maybe a go at re-qualifying for Western States?). So while I may be giving up one goal (i.e., 100 miles at WTM), it’s making room for a different one. While it may feel like a loss, I’m choosing to frame it as a shift.

And the thrill of new challenges is where I thrive. It’s what brought me into obstacle racing, it’s what lead me to sign up for the first World’s Toughest Mudder in 2011, it’s what kept me awake and kicking in the woods for 3+ days during multiple Death Races. That thrill has led me down this crazy path I’ve come to call life these past 7 years. I faced down in the unknown in the obstacle racing world, and I’ve done pretty well.  Maybe it’s time to go explore something at which I could fail miserably: as much as that scares me, it’s also what intrigues me.

As humans, I think it’s natural to look for signs in life to gain a sense of direction when lost. Perhaps the shattered pinky was the involuntary nudge I needed to shift goals for a bit – to have the courage to explore something new. For as much as I’ve preached the value of being able to pivot in life, it’s time I apply to that to my own for a bit.

Transition periods are a scary, nebulous time, because they are inevitably tied to a feeling of loss. We believe that if we are moving away from something, we are giving it up. We see letting go as a sign of failure. In reality, we should see transition as a sign of opportunity, and a mechanism of growth. By holding on to something when it’s not serving us, we remain stagnant. And by letting one thing go (even if temporarily), we are making room for something else. We are embracing the unknown, and growing as a result for opening ourselves to those possibilities.

Obstacle racing will always be there, and I’m not going anywhere (sorry folks, can’t get rid of me!). WTM may have to wait, but my love for it still burns brightly.  As Randy Pausch said, ” It’s not about the cards you’re dealt, but how you play the hand.”  I’d take it a step further and say it’s also about how you REACT to that hand. So I’m taking these cards and pirouetting like a motherf*cker.

See you on the trails.

20 thoughts on “Rewriting the Script”