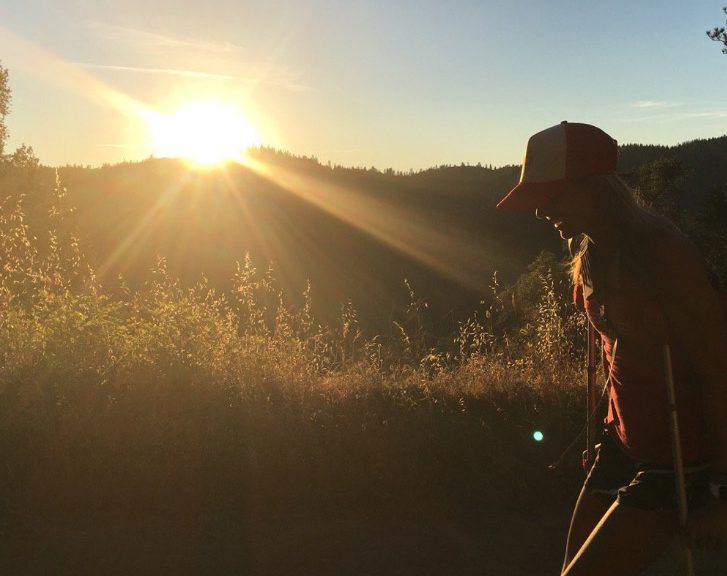 For anyone who has ever signed up for a race via Ultra Signup, you are probably familiar with the most dreaded of features – a listing that displays, in full glory for everyone to see, your DNFs and DNSs. The DNFs are in bold red, screaming at you – “hey you – you failed!” The DNS’s are a bit more subdued, just a nice yellow – a kind of warning. But I’ve heard of ultra runners going to great lengths to avoid those awful stigmas on their ultra record.

I’m no stranger to it myself – I’ve unregistered myself before several races I knew I couldn’t run, solely to avoid that scarlet (or yellow) letter of shame. And as Western States approached these past few weeks, I sat there, staring at my registration history, wondering if I should “unregister” to avoid a blemish on my still-quite-small ultra signup record.

I reached out to my friend (and F3 at States!) Devon Yanko for her take. Unregister? Hell no, she said – you EARNED that DNS.

Be proud of that DNS.

I’ve struggled a bit the past few months when a stranger asked “what’s your sport” or “what kind of athlete are you?” The obvious answer is “obstacle racer,” but I hesitate to describe myself as an “ultra runner.” I feel too unproven,  too new, too brash to declare myself that given my limited racing history. Like running my way into States was a fluke, and something that I won’t be able to replicate, or ever fulfill.

But I mulled it over, and came to the conclusion – hell yes. Yes, I am owning that DNS. I ran my way into that race, and while I couldn’t toe the start line, it doesn’t take away the previous accomplishment of securing that elusive golden ticket. And if anything, it serves as a reminder to keep that fire lit, to keep myself hungry to get back out there.

Riding high on that decision, I had to make another decision. States was fast approaching, and I was pulled in different directions about what to do. Devon had invited me to come up and be part of her (faaaaaabulous) crew, but I won’t lie – a large part of me wanted to make like an ostrich and pretend that the race wasn’t happening. Why torture myself by standing on the sidelines and spending 24 hours reliving how I was supposed to be out there running it?

Thankfully, I decided to go. And over the course of crutching from aid station to aid station during those 100 miles, I learned the reason why. Why we do the hard things. Why we confront those demons head on. Why we sit there and fake a smile when your heart feels like it’s ripping in two. And ultimately, why we love sport.

Because it was never about us.

It was never about a singular person’s accomplishment. A course record. Or a Top 10 finish. It’s always been about the experiences, the memories, and the joys. And whether or not I was toeing that starting line, or standing next to the finish line, those are things I would equally share in, regardless of the capacity.

And what I had started to realize in the weeks prior, as my injury wore on, with seemingly little hope of ever healing; and what was only solidified by Western States weekend, is that perhaps what I needed to learn in all of this was how to take joy in other people’s accomplishments. How to be the biggest fan and truest supporter. And how to give back to the racing community, in whatever capacity I could.

I said this once before the Death Race in 2014, advising all those taking it on:

I didn’t realize it at the time, but that applies to races beyond the Death Race. Being an athlete is so much more than your finishing times, or your win/loss record, or your PRs. And similarly, it applies whether or not you are even racing. Sometimes, the best thing you can do is just be there. Smile. Cheer. Soak up the community.

And Western States gave me a chance to do that. While waiting at Michigan Bluff, I was fortunate enough to spend a half hour chatting with a group of self-proclaimed “old timers” (including 1987 winner Herb Tanzer) who were kind enough to share with me their vast knowledge and wisdom about the race. I felt incredibly blessed getting to know Devon’s other crew members, who took me in as one of their own. And I found myself genuinely screaming my head off and cheering for every runner passing through, whether or not I’d ever even spoken a word to them before (and even when I try to slap them on the ass with my crutches and get rejected…thanks Mocko).

I had many people come up to me before, during, and after the race and ask me if it was “hard” to be there. Honestly? There were a few fleeting moments, but no – the overwhelming feeling that I had was joy. And when Devon crossed that finish line after fighting like hell to take 3rd place female, I found myself tearing up – not because I was sad that I wasn’t running it, but because I genuinely felt her joy.

I hate the trite saying that “everything happens for a reason.” When I hear that, internally I’m kicking and screaming and want to yell “NO. SOMETIMES IT JUST DOESN’T.” And I wanted to hate everyone who told me there would be a silver lining in this injury.

But guys…I think I found it.

As a preface, I should say that I’m never going to be a sunshine and puppies and farting unicorns kind of girl – I’ve always prided myself on being real.  I think all humans should come with a bit of bite. And frankly, saccharin sweet people unnerve and strike me as fake as hell. But….BUT…for the first time in my life, I’m finding myself genuinely thriving in the joy of others. Not being jealous. Not being dismissive. Not thinking “bitch, I would have whooped you if I was out there.” (yeesh – please tell me I’m not the only awful person who thinks that? Am I? Ok, well then I’m working on it…#supernice). I’m just…happy for them.  And honestly? Despite having a femur with the fracture the size of a plumber’s crack, I’m genuinely happy with life right now. Sure, there are ups and downs, and some days I find myself frustrated and in tears.

But I’m still an athlete, I know I’ll be back to it, and dammit – in the meantime, I’m just going to live vicariously through everyone else. Life’s much more pleasant when you are rooting for everyone to win instead of bemoaning your own fate. So maybe, just maybe, I needed to be put out to pasture for a bit in order to learn how to be a fan. And how to genuinely support my fellow athletes.

So thank you, Devon, for inviting me out. Thank you, Billy Yang, for being the first person to tell me when I got injured that I needed to go to Western States regardless (that stuck with me!). Thank you, ultra community, for welcoming me in despite my new and untested status. And thank you, all States runners, for letting me cheer for you, and thank you for inspiring me.

I don’t know if I’ll ever get the chance to run States again. That’s the shitty part of the system. But whether or not I do, I do know that I’ll be there every year, regardless, in whatever capacity they’ll have me.

Congrats, runners. And thank you.

14 thoughts on “Finding Joy in the DNS”