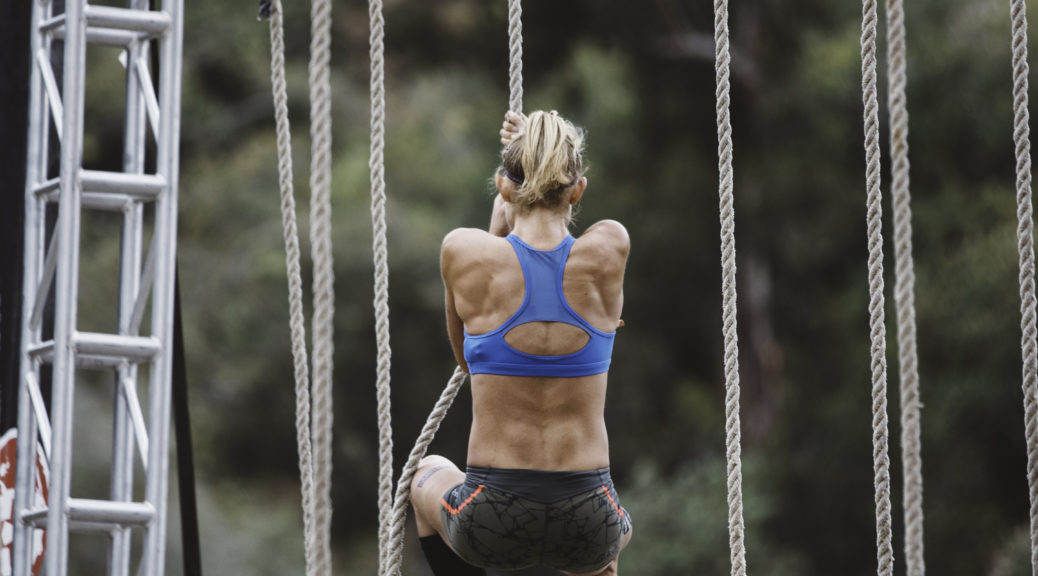 Several months ago, I had a long conversation with one of my best friends from law school.

“Amelia,” she said, “You are really good at holding on to ropes. And you excel at making sure you don’t let go of one rope until you have a firm grasp on another one. But sometimes that rope is cut from you – how do you handle the freefall?”

Hmmm. “Not very well” would be a gross understatement.

In looking back over these past 12 months, I’ve faced that freefall a few times – some in splendid ways, others in heart-wrenching ways. I don’t really believe in defining our lives based on 12-month periods (“oh, that was tough year,” or “that was a wonderful year!”), but I do believe in the end of a year as a natural time to reflect back on reoccurring themes and lessons in our lives, and how those shape our progress forward.

And if there was one mantra I repeated to myself over and over in 2018, it was “let go.”

Letting Go of My Definitions of Success and Failure

I spent all of 2017 just being ecstatic to be back on a race course – fulfilling my idea to “race happy.” I worried, however, that once that delight wore off, that the old fixations and self-imposed pressures that I “had” to win would creep back in. In perhaps my greatest achievement of 2018 – it didn’t. While I did wrestle with my competitive self and inner critic, I’m confidently on my way to no longer letting race results define me, and no longer being paralyzed by the fear of a failure.

And how did I get there? As I wrote about, competing at The Barkley Marathons was a crucial component of this. I failed miserably by anyone’s standards – a big, fat DNF. Yet I count it as one of my proudest race performances ever. I allowed myself to try. I gave myself permission to fail. And I learned that success and failure are only measured by how you define it, and I alone had the power to change those definitions.

It hasn’t been an overnight process, but I keep coming back to something my coach, David Roche, wrote in my log: “Your best is never enough unless it’s always enough.” So I’ve taken to writing down the following reminders: Winning isn’t success. Success isn’t winning. Failure isn’t losing. Losing isn’t failure.

Letting Go of the Fear of Being Alone

I’ve been a pretty open book in my writing and in interviews, but I’ve always held relationships close to my chest, away from the public eye. Earlier this year, I had a multi-year relationship end, and it hit me hard – harder than I ever imagined it would. Like so many things in my life, I thought I could compartmentalize the loss: I could outrun the tears, I could be stronger than to give in to emotions, I could prevent it from affecting my training and racing, and I could move on like nothing happened. I couldn’t understand, after weeks turned into months, why I was still grieving, and I was ashamed by it: I couldn’t shake the ever-present thought that “I should be over this by now.”

It took some soul searching and lots of journaling to realize that a lot of this grief was because I was encountering something I hadn’t faced in a long time: it was the first time in 10+ years that I didn’t have a partner (cue the “serial monogamist” eyerolls). And while I didn’t realize it during all of those years, I was paralyzed by the thought of “being alone” simply because I hadn’t experienced that in so long. What I failed to understand at the time, however, was that “being alone” is not synonymous with “being lonely.”

A funny thing happened as the weeks and months passed: I learned that being alone wasn’t so bad. I learned that I’m independently confident, and that I don’t need a person telling me “I love you” at the end of the day in order to have self-worth.

As hard as that break-up and transition was for me, I am forever grateful for it: it forced me to face my fear. It forced me to let go of the notion that, without a partner, I would be lonely. It made see that I actually don’tequate my self-worth based on relationships, and that my happiness isn’t tied to it. For the first time in many years, I’ve started to feel at peace with who I am – even though I view myself as an ever-constant work in progress, I’m learning to embrace every part of me.

Letting Go of the Stigma of Injury

In September, my season unexpectedly grinded to a sudden halt. I had to face my worst fear – I was injured. I’d spent the past two years since the case of the femurs living in fear of getting another injury. For some reason, I felt like since I had “beaten” injury once before, I wasn’t “allowed” to be injured again. And because I did sustain another injury – I was a fraud, a failure. I immediately spun into a cycle of shame, guilt, and self-flagellation. I anticipated the judgments of people – I worried about falling back into the identity of “that” injured girl. Reality testing this fear, however, proved otherwise: aside from a few questions and sympathetic notes, nothing happened. I didn’t get tarred and feathered. I didn’t get banned from calling myself an “athlete” or a “runner.” It turns out, oddly enough, that most people really don’t care – they’ve got their own shit to worry about. So, note to self: no one is every going to judge you as much as you judge yourself.

If I’m 100% honest with myself, I let the constant fear of re-injury the past two years cloud some of my joy running and racing. I have a nasty habit in many areas of my life of constantly, as I always put it, “waiting for the other shoe to drop.” I’ve spent so much energy resisting, and praying that I’d stay injury-free. I can do all the injury-prevention things in the world, as I’ve been doing (rest days, rehab exercises, strength work), but sometimes your number is still going to get called.  Fretting over the anticipation of injury, however, is wasted energy. This isn’t the first time, and it isn’t the last, but I can choose to not fear it, and accept it as the inevitable process of riding the ridge.

Injury is part of being an athlete, and you can’t always predict them. Heck, you can’t always prevent them. And hell, even doctors sometimes miss them (it took 3 MRIs and a CT scan to figure out that we weren’t dealing with ligaments – I had completely snapped a metatarsal in half…I know, I can’t explain it either).

So I’m learning to give myself the compassion that I’d give other athletes in a similar situation. Instead of rushing to judgment, I’m working on treating myself with grace. For as much as I’ve talked about the merry-go-round of self-flagellation, just because I’ve been through one major injury doesn’t mean that I’m not “allowed” to have another. Just like race results don’t equal my self-worth, my state of injured/uninjured should also not affect my self-worth. I’ll admit that the latter seems to be much more difficult for me to currently work through, but just like the letting go of race results, I’m confident this too will soon become easier.

Letting Go of the Identities

I’ve changed a lot these past few years (I think, in a good way). But as I’ve grown and changed, I’ve felt tension in conflicting aspects of myself. How can a woman known for loving pain also be the woman who is paralyzed by fear of injury? How can a woman who built her reign in obstacle racing beating most everyone, even the men, suddenly proclaim “winning doesn’t matter”? Internally, I tried hard to reconcile all of these as, at times, I felt like one massive walking contradiction.

It took a fair amount of soul searching to be at peace with the conflict, and to allow myself to cast off identities that no longer fit. I’m human and I’m flawed as hell – it’s ok that I don’t make logical sense. And, in the past, I’ve felt trapped by identities I’ve created for myself – like I had to continue to live up to those stories. In all aspects of my life, I’m working on letting go of these narratives, of these identities I’ve formed, of that structure that has kept me safe, yet very, very rigid.

In complete honesty, this is really uncomfortable for me. In fact, a lot of the letting go I’ve been doing during 2018 has really shaken the core of who I thought I was. It’s challenged the notions I’ve carried about myself. It’s forced me to try and treat myself with compassion and grace, which has never come naturally to me.

And I’m not done yet. I’ve still got a big piece of letting go to do, and I’m looking forward to tackling that in 2019 (well, and let’s be honest – for the rest of my life). Because it’s not just handling the freefall when the rope has been cut, it’s working up the courage to voluntarily let go and trust that another one will appear.

No year-end reflections would be complete without acknowledging the support and sacrifice of those who keep me ever-working towards my goals: HumanN, Ultimate Direction, Rocktape, Sufferfest Beer, Dr. Justin Brink of Premiere Spine & Sport (seriously – can’t thank him enough for his outside-the-box thinking), Goodr, Big Spoon Roasters, and Reebok. While my partnership with Reebok ended recently, I’m forever thankful to them for the last 5 years and taking a chance working with a 30-something attorney in the emerging sport of obstacle racing. But more importantly than any sponsor (sorry, I know y’all pay the bills and shit), I’m thankful for the ever-constant love of my family and friends. I think I’ve taken for granted those close to me for so long, and I spent a lot of 2018 committed to nurturing those relationships – when we look back at all of this, those are the ones that matter.

Happy 2019, all – to another year of adventure, learnings, and the messy journey of being human.